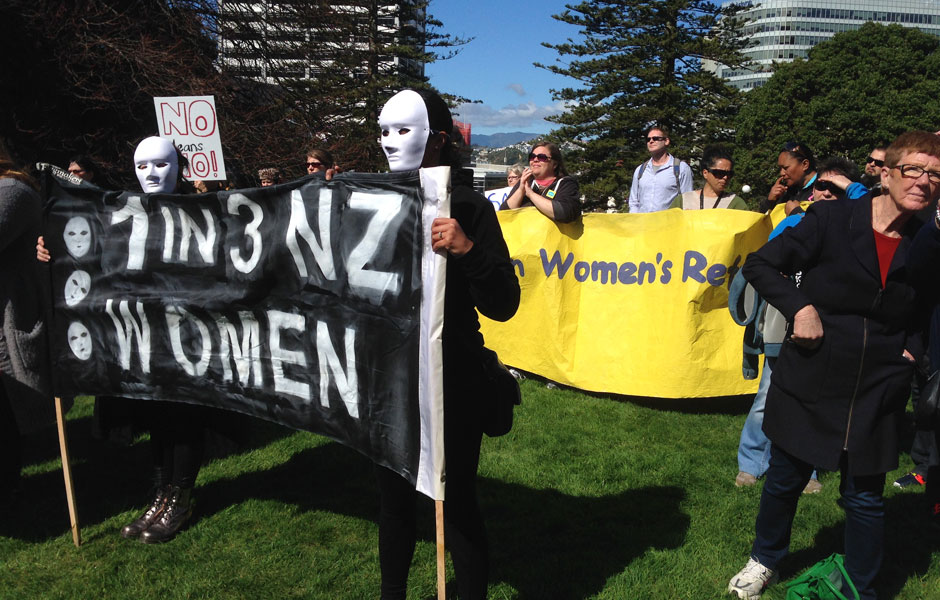 Women’s Refuge has today released the findings of a first of its kind study in New Zealand which examines the impact of economic abuse on women. One of the key findings revealed in ‘What’s Hers is Mine and What’s Mine is Mine: Women’s Experiences of Economic Abuse in Aotearoa New Zealand’, is the effect family violence has on women participating and remaining in paid employment. “Economic abuse tends to be used as a way of making women entirely dependent on their abusive partners by holding all of the economic power and dictating what money can be used for. While the obvious result of this is no access to money, we also found that there was a striking effect on a victim’s ability to hold down a job,” says Women’s Refuge Chief Executive Dr Ang Jury. The survey of 450 people found 60.1% of victims were in full-time employment before they entered an abusive relationship, but just 27.5% remained in work during the relationship. That figure rose to just 34% once they had left the relationship. Those who stayed in employment were subjected to numerous hardships affecting their future employment prospects, and those who left found it difficult to re-enter the workforce. “It is increasingly difficult to sustain paid employment when every aspect of your life is being controlled by an abusive partner, and for many victims this can be as simple as stopping them from getting to work.” Respondents from the survey frequently spoke about being forced to quit, or having their employment situations made difficult by the abuser. Some abusers insisted that all money was transferred to the abuser’s account and then withheld money for essentials such as clothing or sanitary items; there were also instances where the abuser sabotaged their victim’s way of getting to work, for example selling the car without permission or emptying the petrol tank. The financial cost of family violence for employers is significant with the cost of lost productivity related to family violence estimated at around $368m a year. “There are an increasing number of organisations seeing the benefits both financially and socially of having a comprehensive family violence policy; and we are pleased to partnering with organisations such as The Warehouse, and SKYCITY, assisting them in developing and refining their family violence policies. When you consider that people spend over eight hours a day in the workplace it makes complete sense to ensure you can support them in this space as well as being able to retain these valuable employees.” The release of this research coincides with the first reading of MP Jan Logie’s bill for Domestic Violence Leave, and the UN’s International Women’s Day with the New Zealand theme focussing on Violence and women in the workplace. What’s Hers is Mine and What’s Mine is Mine: Women’s Experiences of Economic Abuse in Aotearoa New Zealand

While rates of renting and home ownership didn’t change significantly, the quality of women’s housing did. Being forced to move to cheaper areas or stay with friends often made it difficult to find and keep stable employment. Basic Needs Preventing Participation Many women were forbidden to buy tampons, other sanitary products, and underwear because their abusive partners controlled their incomes or their joint resources and regarded these items as nonessential. This meant that women who often unable to go to work, or were too ashamed of their appearances or the implications of not having sanitary items and ended up quitting their jobs. Stopping Women Getting to Work In addition to appropriating women’s resources and not allowing them to attend to their appearances or hygiene needs, abusive partners also used a range of methods to keep women dependent by stopping them from working. These included turning up or phoning non-stop, unexpectedly removing access to cars or not allowing the car to be filled with petrol, suddenly changing childcare arrangements, not allowing money to engage in basic social activities associated with work (like having coffee with colleagues), forcing frequent moves in location, keeping the victim up all of the night before, and using psychological manipulation (e.g. ‘if you were a good mother/partner you’d stay home’).